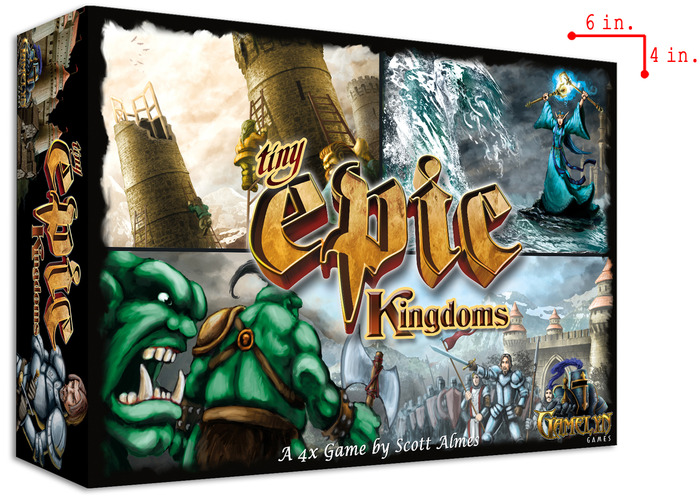 Tiny Epic Kingdoms is the the pocket sized game that plays like a big box Euro game.

The very idea of this pretty much blew my mind as I envisioned strategic brawls taking place at the local watering hole. That’s right, I play games at local bar and not having to lug in a gigantic box of nerdgasm to a neutral social setting was highly appealing to me.  Also, I was intrigued by the game play and the quality of the game pieces that were packed into such a tiny box. After all, the base price of this game is only $16.

So what do you actually get in this little box of awesome? 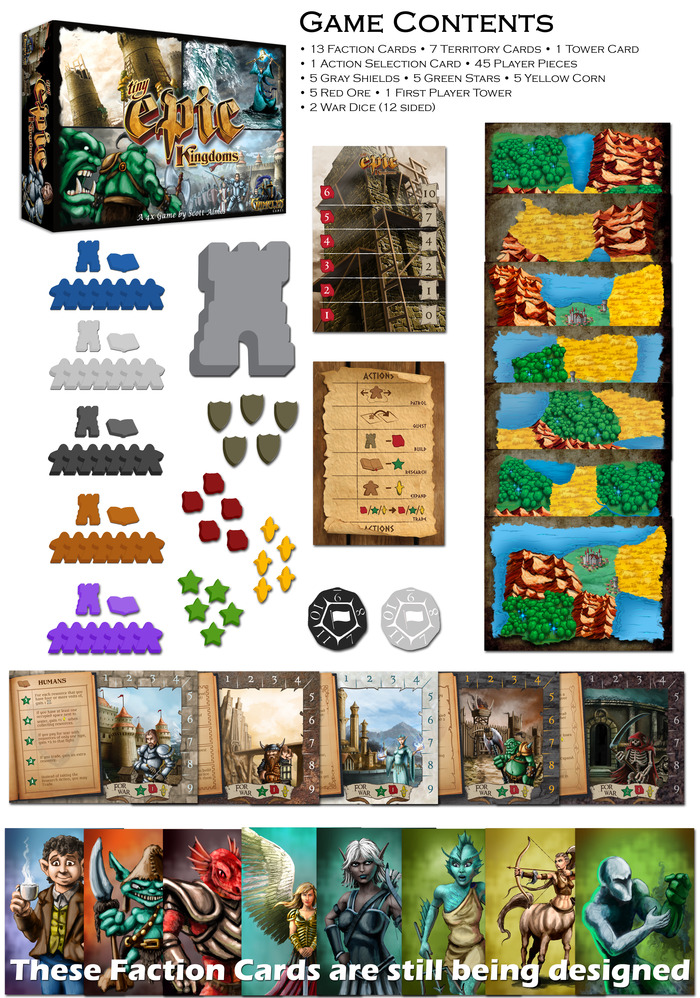 You’re actually getting some stunning game pieces as the Kickstarter has already funded shaped action cubes, a sturdier box upgrade, customized war dice and an array of faction choices.  When I heard all this was contained in such a tiny box, you could hardly stop me from funding the project. However, we all know that awesome game pieces don’t make a great game.

So after searching the site I was amazed to find that Gamelyn Games has gone the extra mile and not only included an instructional video on how to play their game but they also included a free  Print and Play on BGG.  You can download the mock pieces and try the game out before you buy it. Which is super awesome in my book!

If you’re interested in learning more about the game you can head on over to the Kickstarter.