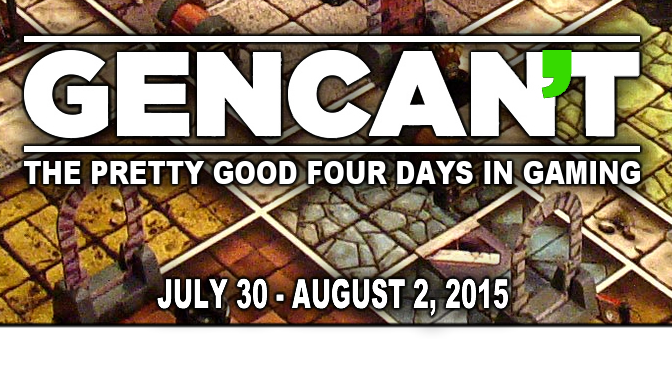 I was one of the many who were able to attend Gen Can’t 2015 and I thought I would highlight a few of the games I was able to bring back this year!

First up is Munchkin Steampunk by Steve Jackson Games

I was super excited about Munchkin Steampunk because I follow the Girl Genius comics online, so I knew Phil Foglio’s style of art would be perfect for the Steampunk set. Honestly I was not disappointed. The cards in this are hilarious and I love having to look for the little gears in the pictures to combine bonuses. Overall this game is quickly becoming my #1 Munchkin game to play.

At first I was thinking this was just going to be a simple re-boxed set, however when I broke the seal I was surprised to see such detailed X-Wings.

The game mini’s really had a Fantasy Flight feeling to them and I have to say I was happy to fork out the money to get this. Or maybe I’m just a sucker for anything with the Star Wars trademark etched into it.

I’ve been waiting for Munchkin Smashup for a while now. The excitement first hit when I got the Promo Bookmark from my local MIB. I also have the Smash up Big Geeky Box and the cards were looking lonely without a new expansion, so Munchkin Smashup was an inevitable buy. Looking back I wonder if this was in the works for a while as The Dread Gazboo was already lurking in the previous set. 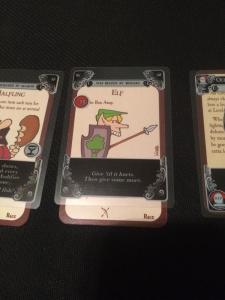 Over all Gloom is an awesomely depressing game but so is sitting at home reading all the tweets about GenCon. So obviously the Munchkin theme seemed to fit right in to my plans for the day. Nothing beats stabbing your frenemies in the back when you’re playing a solo campaign. An A+ game!

What was your favorite game from Gen Can’t this year?