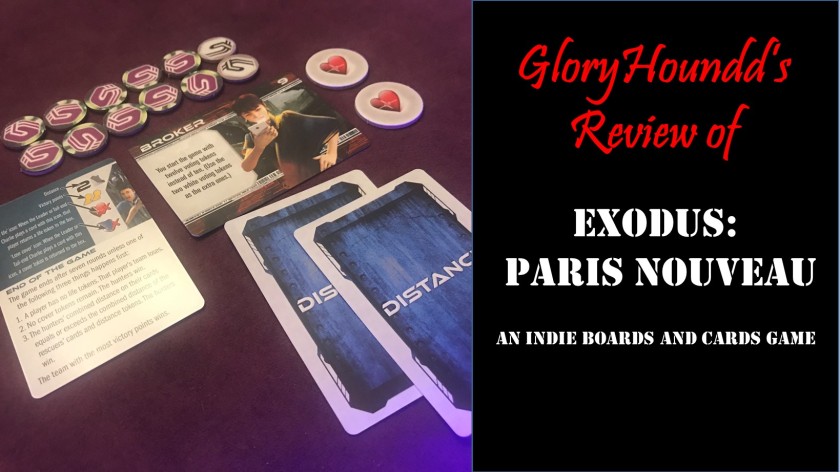 Exodus Paris Nouveau is a social deduction game for 4-6  players for ages 14+,  that is very reminiscent of it’s themed counterpart the Resistance. Players will be acting as corrupt Hunters giving chase, or as Rescuers trying to save innocent citizens from the nefarious government.

The Summary
Game play starts with all players receiving a secret persona of either a Rescuer or a Hunter. Then players will collect voting tokens, health tokens and distance cards to begin their turn. The uniqueness of these tokes is that players will have a limited amount of resources during the game. As voting tokens and life tokes are limited and can have severe effects that reverberate throughout the rounds.

Players then use their sparse tokens to vote, seeing who will be leader for the round. After that the Leader picks who will be the “Tail End Charlie”. During the round these are the only two people that can drastically manipulate the cards for the round. Making an excellent push and pull in the game as Hunters might end up controlling what the Rescuers do and vise versa.

After the Leader and Tail End Charlie have been chosen, each player can contribute one card from their hand into the fray. These cards are collected by the Leader and one card is randomly removed. The Leader draws one card off the top of the deck and sees what sort of shenanigans they have to deal with for the round. This part of the game is integral because these cards can take life from a player, remove cover, build victory points and shorten or increase the distance in the chase. However as an any social deduction game goes,  all players at the table can lie about what they have in their hand and, or, what they’ve contributed to the chase.

Final Thoughts
Overall this is a social deduction game that takes a lot of work and is extremely intricate yet can be very rewarding. Game play adds a whole new level espionage to an otherwise ordinary social deduction game.  Although, this game might not appeal to all player types. Especially new gamers or those players who only enjoy light social games.

As for myself, I had a really had a wonderful time playing this game because of the many facets introduced and challenging new ways to enact espionage upon other players. The social the deduction was far more intense than normal games and I’m really looking forward to playing it again in the near future.

Who’s ready for the Marvel #DiceThrone tournament tonight on @bgspotlight ?!?!
GREAT NEWS Dice Throne Adventures Fans! It looks like Standees come with the Marvel sets. 😉
Woot! I’ll be playing in a #MarvelDiceThrone tournament this week! Make sure to catch us live. 😊❤️❤️❤️ @marvel @theopgames @roxleygames
#wakandaforever
I see everything….
When you need a nap while trying to fight crime. 🐈‍⬛
I’m dying!!! Look at all these adorable mice meeples… miceeples? meecepuls? 🐭❤️☺️
A saw these lovely people #MeepleTherapy ( @ohay_mo ) at the @the_silver_key_lounge sellers market!!
ANKH Time! Hope everyone is safe and doing something they love today 💜
My Tweets 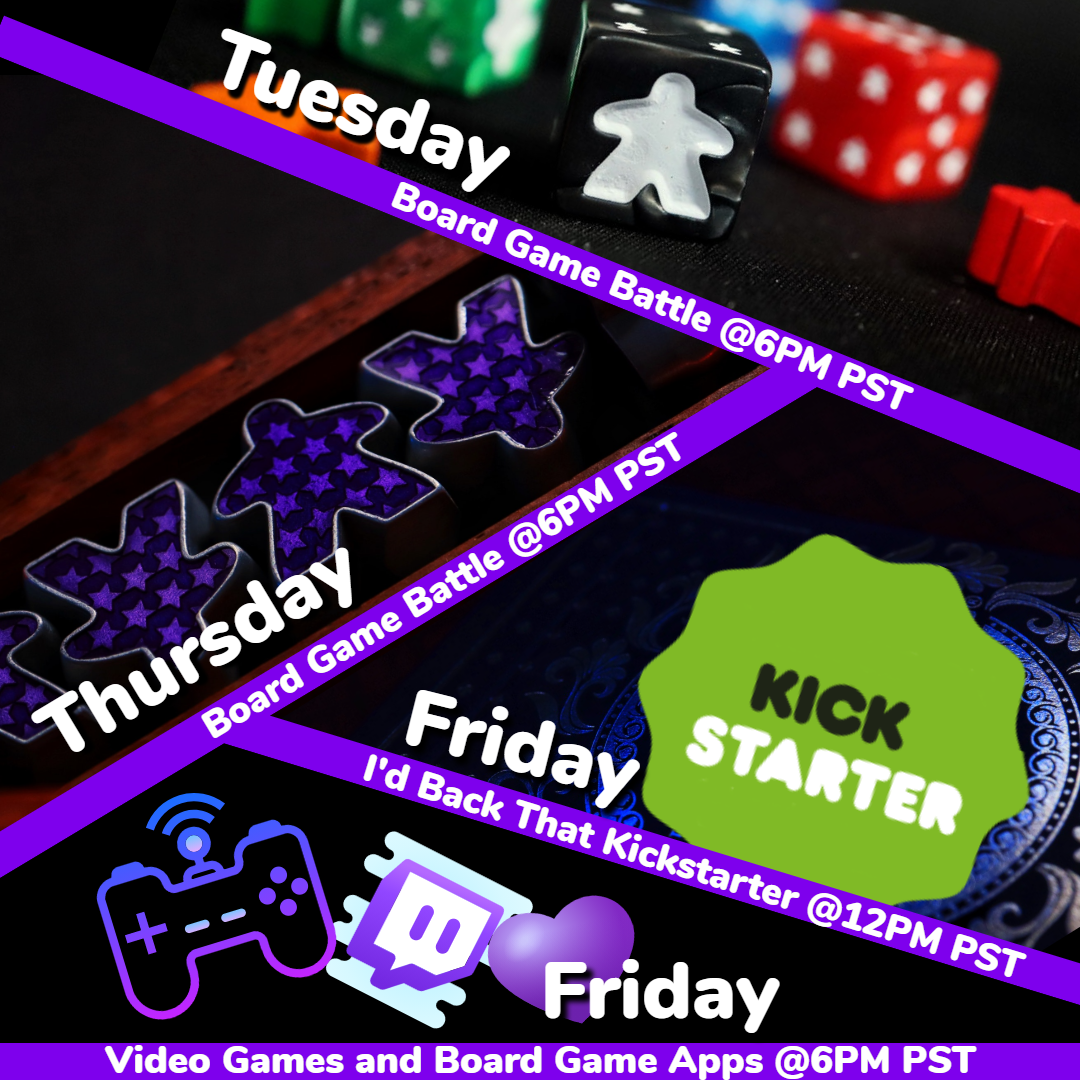